A hockey player dies during a game in Ayr, Ontario.

Flags at the community complex in Ayr, Ontario. were put at half mast after the sudden death of a 20-year-old hockey player during a game.

In an emailed statement, the Ayr Centennials said they were devastated to announce their captain Eli Palfreyman died on Tuesday.

Palfreyman was a three-year veteran of junior hockey, about to enter his fourth year.

“Our centenary organization and the community of Ayr are in mourning,” the team said.

The Centennials faced the Boston Jr. Bruins in a preseason invitational tournament on Tuesday night.

According to a member of the Ayr Centennials organization, Palfreyman collapsed in the locker room during the second intermission.

She said several people sprang into action when the call for medical help came, including a doctor who was the father of one of the Boston Jr. Bruins.

“Thank God he was there, he came down to help,” she said.

“You couldn’t breathe waiting to see if the boy would be okay. When word got out, it was just devastating.

ELECTED CAPTAIN BY HIS TEAMMATES

Everyone knows each other in a small community like Ayr, Foxton said.

“The Cens are part of that family, and losing one is devastating,” she said. “But losing one on the ice at such a young age is just heartbreaking.”

Foxton described Palfreyman as a well-liked and outgoing young man who was honored to be voted team captain by his peers.

“[He was] respected by staff and teammates,” she said. “But the heart of this is, he’s a son. He is a son that the parents have lost.

The Centennials organization held a closed meeting on Wednesday for the team, family and friends.

Team leaders asked for confidentiality and respect. The cause of death has not been disclosed.

“Doctors will have more answers for us in the coming days,” the team said in a statement, asking people not to speculate and to allow time to come to terms with the loss.

Bereavement counselors were brought in to speak with team and arena staff. 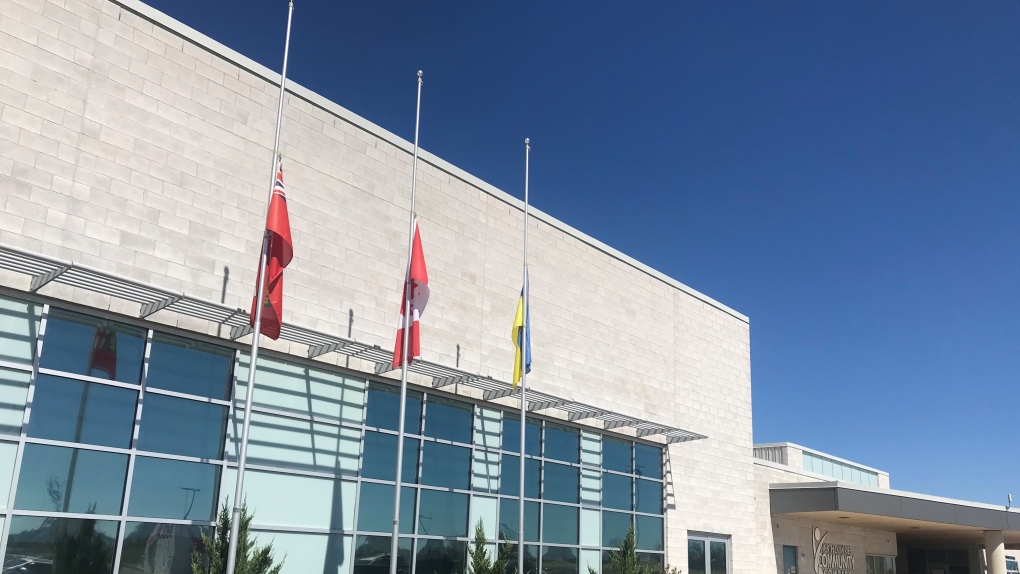 Flags at half mast at the North Dumfries Community Complex, Ayr, ON. (Dan Lauckner/CTV News Kitchener)

For many, Centennials are the cornerstone of the small community.

“It’s really tragic,” said Ayr resident Chris McMillan. “I take my children to the Cens games. I think we went to eight to ten last year. The players are amazing. I can’t say that I personally knew the young man, but I saw him at the games. They took my son to the locker room.

Hockey fans and community members send their love to the Palfreyman family.

“I was really shocked and I really feel for mom and dad and the extended family,” said Elizabeth Kovacs, a resident of Ayr. 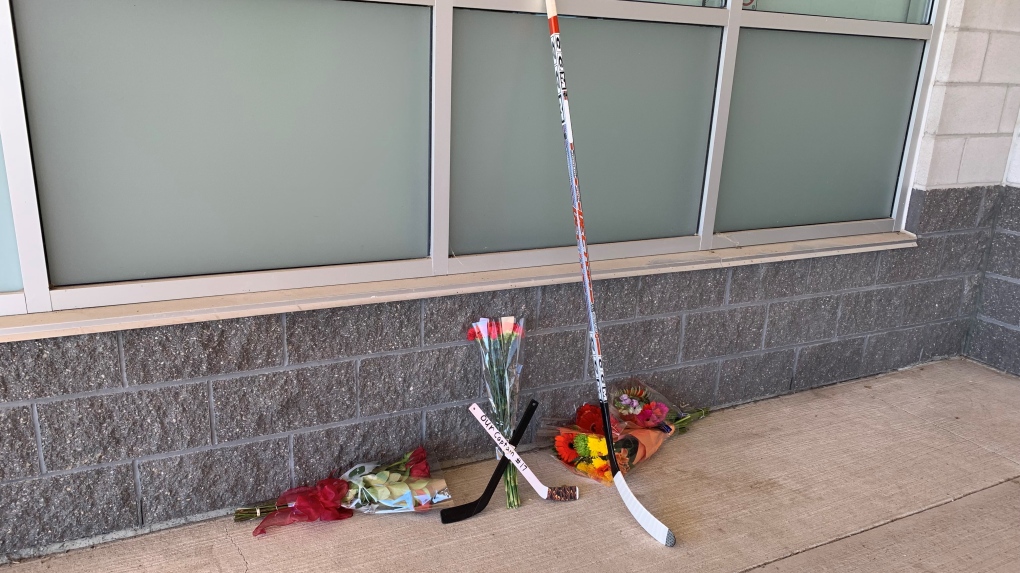 Palfreyman was an alumnus of Victus Academy in Kitchener.

Victus president Matthew Schmidt said Palfreyman attended grade 11 at the private hockey school and played for his U18 prep team.

“He mentored our young students at school, was a great teammate and played with energy, hard work and a genuine passion for the game,” Schmidt said in an emailed statement. “Our thoughts are with his family, friends, teammates and those who knew him and he will certainly be missed by our staff, students, families and alumni.”

The Greater Ontario Junior Hockey League has postponed all exhibition games scheduled for Wednesday and Thursday.

“This is an inexplicable tragedy, and no words can ease the pain felt by everyone involved,” GOJHL said in a statement Thursday.

“While Eli’s relationships and friendships run deep throughout the GOJHL, the league helps provide grief and mental health professionals to support the Centennials organization as well as other teams and their players.”

The league said it is discussing ways to remember Palfreyman in the 2022-23 season.